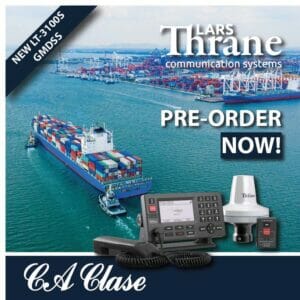 The new standard in maritime safety communications is being launched as part of IMO’s drive to modernise the Global Maritime Distress and Safety System (GMDSS) later this month.

This new GMDSS service will deliver distress alerts to rescue coordination centers (RCCs) during global emergencies at sea. It will send identification data, status and position information to the RCC when the emergency red button is pressed for more than three seconds.

GMDSS has been provided to ships for more than 30 years using L Band radio frequencies over Inmarsat’s geostationary satellites. The addition of Iridium’s LEO constellation extends the coverage. Ships in sea area A4 will in the future will have access to GMDSS, so for the first time it will be global.