Experience the ease of working with one provider for all of your satellite communications and onboard content needs. Get affordable global connectivity at the highest speeds with award-winning antenna hardware. Enjoy blazing fast speeds with free unlimited data thanks to our revolutionary HTS products and global network. Add the marine industry’s premier offering of entertainment and operations content, all delivered affordably by KVH’s IP-MobileCast subscription-based content delivery service without affecting or using your data plan. 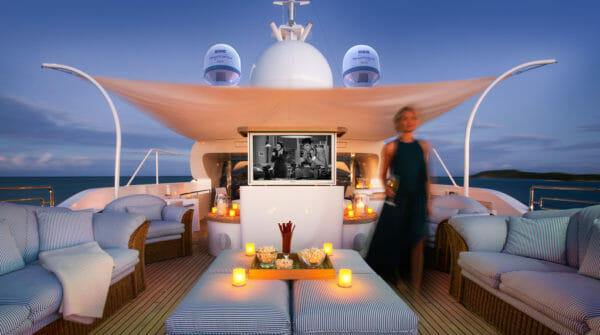 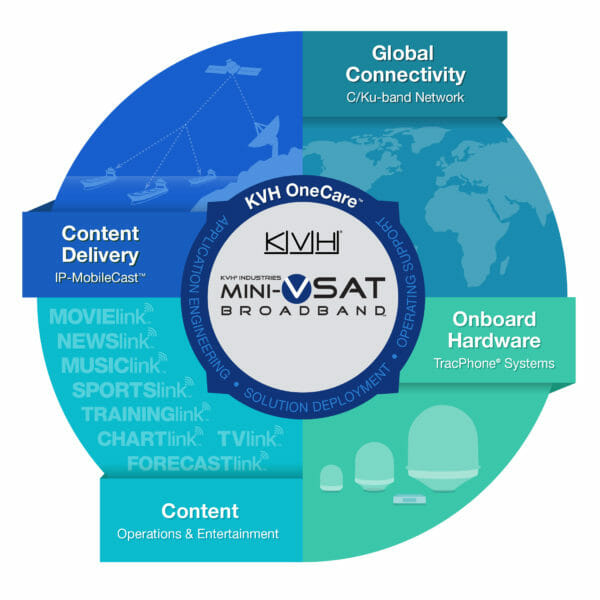 Choose KVH’s mini-VSAT Broadband and enjoy an experience you’ve only dreamt about – connectivity at sea designed for the way you use the Internet today.

Connections matter…for your family, your guests, your business, and your crews, each of which have unique needs. That’s why a generic “off the shelf” solution and old, slow connections simply won’t do.

KVH delivers the industry’s leading end-to-end hardware, connectivity, and content solution with global support at every step of the way. 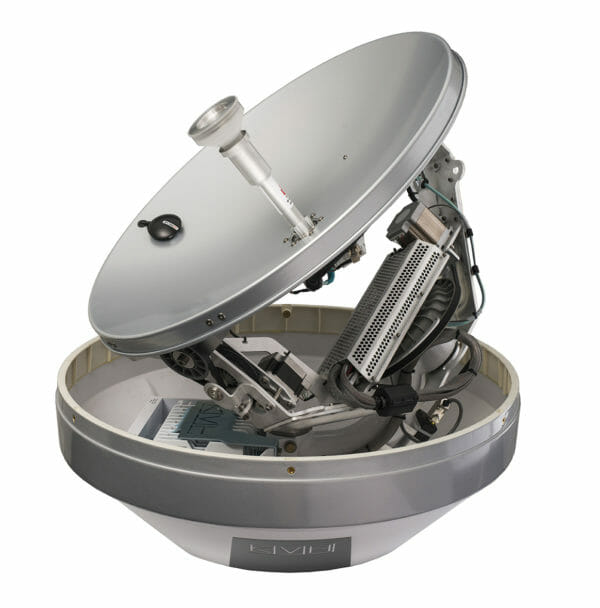 Go Figure!
To help you determine which plan best fits your needs, here are some estimated data usage amounts to help you get started:

TracPhone V3HTS is a 2-axis, stabilized antenna that does not provide coverage in areas where the satellite is directly overhead

TracPhone V3HTS is a 2-axis, stabilized antenna that does not provide coverage in areas where the satellite is directly overhead
Shipping Density:

* The TracPhone V7, V3-IP and V3 are 2-axis, stabilized antennas that do not provide coverage in areas where the satellite is directly overhead as shown in the hatched areas above.

Note for land-based applications: TracPhone V3-IP, V3, V7-IP, and V7 antenna systems and mini-VSAT Broadband service are licensed by the FCC for use in the United States, subject to certain conditions. Although satellites provide coverage over large geographic areas, individual countries have laws that require prior authorization of satellite services within their borders and territorial waters. Please contact KVH for additional details regarding licensing and authorizations in and outside the United States.